John Locke's philosophy was not how we educate children today. Locke's philosophy was to have children learn at home with a private tutor, usually without other children. Game and play was very limited and was supervised by a teacher, tutor or parent. Cards, dice and board games were transformed into educational aids. A lot of middle class families followed this philosophy. Games and play were used to teach moral behavior and knowledge not just for fun. "Packs of cards were designed to teach geography, history, spelling and astronomy,"* and board games would teach right from wrong.  Children did not play together just to have fun, but when they played, they used these games. The very first jigsaw puzzle was made in England during this time;  it was a map of the world and was used to teach geography. These games were hard and not a lot of fun, but they were packaged in bright colors to look interesting to children. 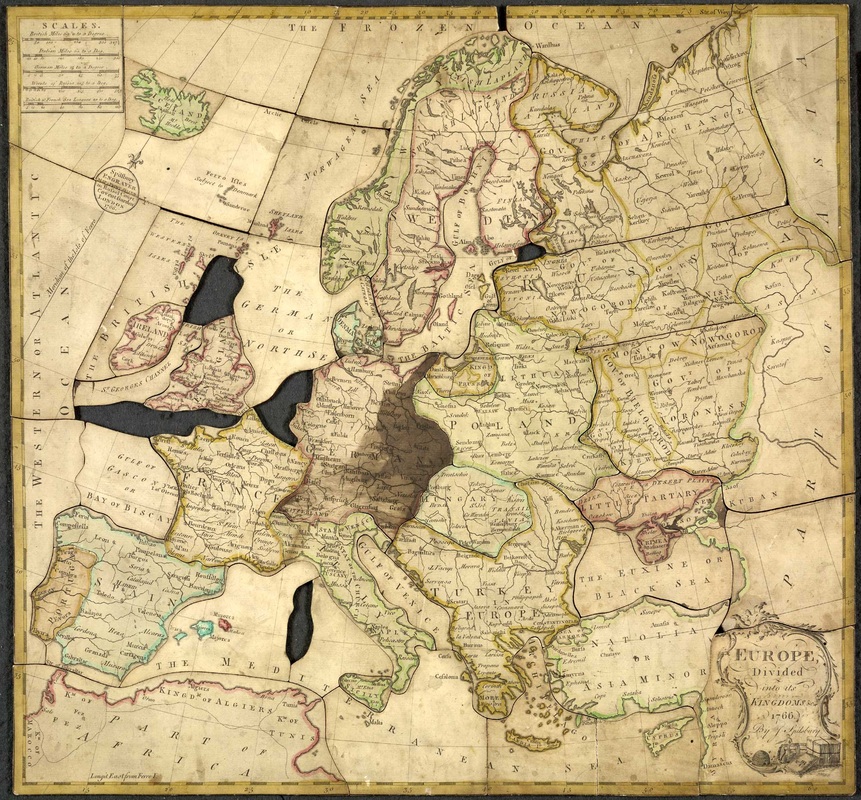 The first jigsaw puzzle ever made. It was made in 1760 by John Spilsbury in England